About whisk(e)y, the clergy, surgeons, peasants, and the crown

The following article is dedicated to Mark Thomson, UK Ambassador for Glenfiddich Single Malt of Williams Grant & Sons, and Iain Russell Brands Heritage Manager of The Glenmorangie Company. Thank you for inspiring me to write this article. I will write whisk(e)y in this article out of respect for the amazing inspirations I received from Scottish Whiskys.

In the year 1531 Henry the VIII (28 June 1491 – 28 January 1547) attacked ecclesiastical institutions of the Western Roman Catholic Church in England and with this decision powers shifted. Let’s question some of the common historical statements about this time and our beloved whisk(e)y.

Is it true that Scottish rural farmers distilled excess grain before 1531? 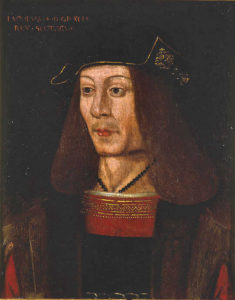 There are just few remaining early documents about the history of whisk(e)y, and the dissolution of the monasteries did not help to preserve historical documents. So, as a fact, there are historical documents proving that Scottish farmers without clerical supervision distilled excess grains but there is no source proving it for the time before 1531. Let’s take a closer look at some historical facts to consider:

The time period after 1500 is known for less productive harvest years and growing poverty – nobility preferred products distilled from wine – so do we believe there were peasants before 1531 with enough surplus of grain to distill whisk(e)y for commercial sales? Do we believe the Guild of Surgeons and the health industry would not have started to take measures against competition? 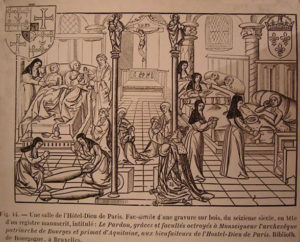 Is it true that the church had a monopoly of distilling?

That is a tricky question since the Roman Catholic Church could indeed be called an international operating company and one needs to take into consideration the legal and political backgrounds of each region the church was active. Of course. the church focused on preserving its knowledge and passed it on in-house. Among other professional skills the church was known for distilling healing tinctures as well as for beer production, and some monasteries are still today following some of these old recipes that they protected and preserved over time. The first to compete with the church were surgeons and healers, but this did not open the market for private commercial distilleries as we know today.

So when did commercial aqua vitae sales start? When did distilling become a craft for everyone to learn? 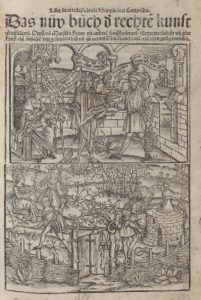 We can prove that the first book about the art of distilling was written 1500 in Strasbourg by a German surgeon and alchemist named Hieronymus Brunschwig (ca. 1450 – 1512). He very likely learned his trade from one of his mentors around 1466, a famous German doctor from Würzburg named Hans Pfarrer.

Brunswick’s book was translated in 1517 by Thomas van der Noot to Dutch language, and in 1527 Lawrence Andrew published the first English translation called ”The vertuose boke of Distillacyon of the waters of all maner of Herbes“. It was translated by Johann Günther in 1559 as well to Czech language. This distilling book was mainly written for surgeons, doctors, healers and pharmacists, and first in history, it made the art of distilling accessible as a craft for non-clergy and common people. This book was published in English just 4 years prior King Henry the VIII reforms in 1531.

About a hundred years later 1638 the Worshipful Company of Distillers, a Livery Company of the City of London was granted its Royal Charter by Charles I. The company was given the power to exercise a monopoly on distilling and regulating the distilling trade within the cities of London and Westminster within a radius of 21 miles. This monopoly was  still focused on the production for medicinal purposes, and it heavily regulated the market – away from church control.

Andrew Barr summarizes this history in his fabulous book called Drink: “The Worshipful Company of Distillers had been founded during the reign of King Charles I by Sir Theodore de Mayerne-Turquet, the King’s physician, and Thomas Cademan, the Queen’s doctor, at a time when spirits were consumed principally for medicinal purposes.”

So whisk(e)y consumption for pure pleasure as we know it today was a later cultural development and high proof grain spirits were mainly used for medicinal usage around 1531.

When opened the first distillery in Scotland? And how independent was this distillery?

Truth to be told all that happened more than a hundred years later – and perhaps later than many would guess:

Let’s answer this with a wee bit more background information and decide for yourself:

American commercial distilling is as a matter of fact a wee bit older than commercial Scottish productions. It is correct that in Scotland aqua vitae can prove to be produced earlier in a commercial distillery but we cannot completely rule out that the older North American Distilleries which were focused mainly on popular rum production did not produce one or the other “additional” barrel of grain spirit. And, maybe we will find in the future some documents that may correct our understanding of history.

Oh indeed, I left out the Irish with purpose– they without a doubt – started commercial distilling in 1608, when King James I granted a distilling license to Sir Thomas Phillips, a landowner in Bushmills, County Antrim. But what would trivia be if it were too easy…

In this sense, cheers to our ancestors in the 16th and 17th century on all continents that helped create wonderful whisk(e)y as we know it today. And, a tribute to King Henry VIII who paved the way towards commercial distilling with his politics in 1531.

Preview – coming soon: “Early distilling in the US”, “Alchemists – discoverer of alcohol distillation” – subscribe to our NEWSLETTER. 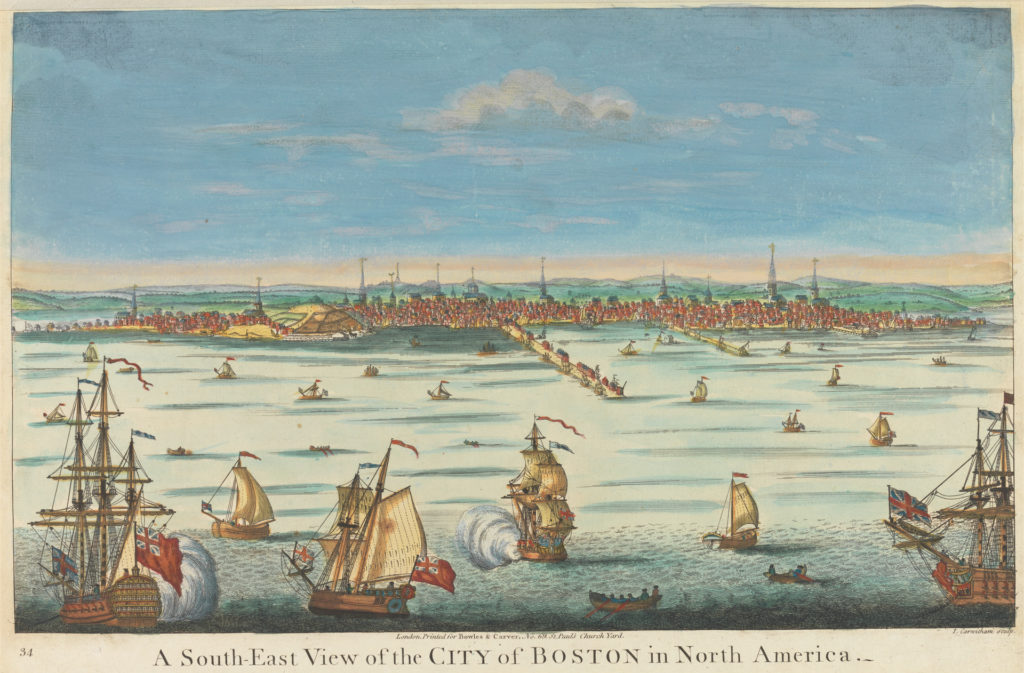