The Volstead Act was the nationwide ban on the manufacture, transport and sale of alcohol by the 18th Amendment to the United States Constitution from 1920 to 1933.

The Volstead Act was activated on January 17th 1920 and nationwide prohibition. The common name is National Prohibition Act which passed the Congress despite the veto of President Woodrow Wilson on October 28, 1919. The law defined intoxicating alcoholic beverages. The Volstead Act itself is divided into 69 sections and across 25 pages, it  defines prohibition in detail including its limits of reach and effects of its breach. Basically, it focuses on three primary roles “Prohibit intoxicating beverages”, “Regulation of the manufacture, sale, or transport of intoxicating liquor”, “Supply of alcohol and its use in scientific research, and in the development of fuel, other lawful industries, and for religious rituals”. 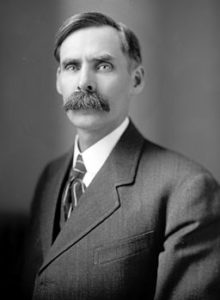 This prohibition was also known as “The Noble Experiment”.

The temperance movement has its origins in Ireland and thought drinking alcohol as sinful. The movement believed in the total renunciation of alcohol to the cure society of alcoholics, and furthermore, they believed in temperance as a social reform considering alcohol consumption as an expression of a “lack of virtue” causing the misery of the lower classes. Although, some  portray that there have been positive aspects on peoples health consuming none to very little alcohol during prohibition, though, the truth is, that many died during prohibition of alcohol poisoning and due to rising crime and illegal activities throughout the country. 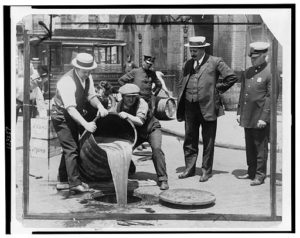 In 1920 Alcohol was banned, and little was done to enforce the law in its beginning.

The illegal production and distribution of alcohol was spreading rapidly in 1920, and the government did not have the resources to oversee every border, every river or lake, and every speakeasy bar in America. In New York alone, the number of speakeasy bars increased from 1922 to 1927 from around 5,000 to 30,000. Other estimates for range from 30,000 to 100,000 speakeasy bars by 1927.

The original idea of reducing crime with prohibition was in fact not achieved.

The approximately 2,300 low-paid Prohibition agents nationwide were unable to fully enforce the ban in the US. In the following years, the illegal business and with it organized crime developed very quickly, as the demand for alcohol did not cease. Thus, the bootlegging crime was a considerable boom. From 1920 to 1921 alone, crime increased by 24%. Throughout the 1920s, crime increased dramatically by 13% more serious crime, 81% more drunk driving cases, and 9% more other offenses. 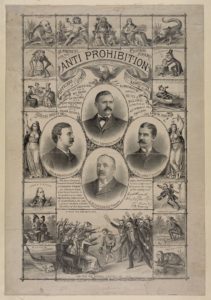 On March 23, 1933, President Franklin D. Roosevelt signed the Cullen-Harrison Act to lift the Volstead Act and allow the manufacture and sale of certain alcoholic beverages. On December 5, 1933, the signing of the 21st amendment ended prohibition by abolishing the 18th Amendment. Especially the rising issues with organized crime are considered a reason why people stopped supporting Prohibition, though Prohibition showed some further long-term effects on the US market.

Long-term effects of the Prohibition period. 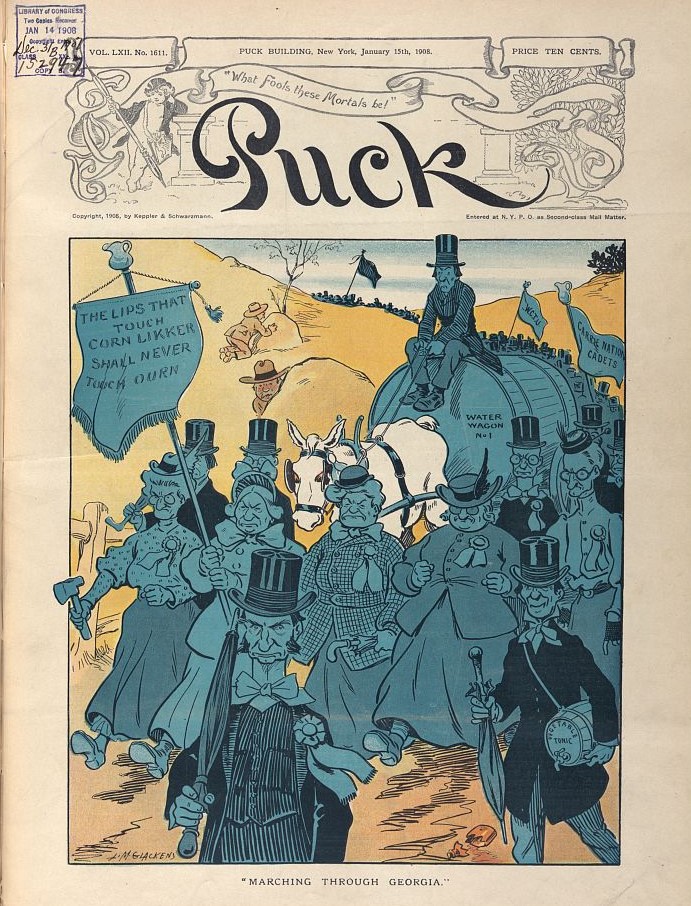 Marching through Georgia” / L.M. Glackens. Illustration shows a group of men and women marching under such banners as “The Lips That Touch Corn Likker Shall Never Touch Ourn”, “W.C.T.U.”, and “Carrie Nation Cadets”, with one man carrying a small barrel labeled “Vegetable Tonic”, and a large wagon labeled “Water Wagon No. 1” immediately behind the leaders, to show their support for prohibition. They are all colored blue. Library of Congress Control Number 2011647272, Rights Advisory No known restrictions on publication